As of january 8, 2019, I republished the game under the name of Pipeline Builder. This new version comes with two new musics that fit a bit more, new graphics for pipe sections and tiles, and a reworked game UI. Sadly, as Pipe Mania Mobile is suspended, I had to publish Pipeline Builder under a new package name meaning you'll have to manually download it from the Play Store and will no longer get updates on Pipe Mania Mobile. On the bright side, I managed to keep previous players high scores and achievements.
As of december 14, 2018, Google decided to suspend my game due to policy violation. After reaching them, they rejected my appeal request. As I do not agree with this action, I'll republish the game with some modification (regarding the name and graphics). In the meantime, you can still download the .apk of the game.

Pipe Mania Mobile is the second game I published on the Play Store. It is a remake of the famous Pipe Mania, also known as Pipe Dream in the U.S., one of the classic arcade games from 1989.

Pipe Mania Mobile is an arcade game where the player has to create the longest pipeline using random pipe sections stored in a queue. The better he gets, the trickier the game gets: liquid is faster, player has less time to plan his pipeline, more obstacles is placed on the grid, and so on. The player will have to place pipe sections on the grid quick, but he will have to plan his pipeline before any move: one false move will make him loose time, and might get him overflowed.

My first game Link It !, while fun to make, was too simple. I wanted to build something more complex, and hopefully more fun and replayable for the gamers. Being a fan of retro games, I naturally decided to go for a remake of an old-school game that I could play right on my phone, without the need of any emulator, and with some extra gameplay mechanics.

For this project, I decided to go for the MS-DOS version of Pipe Mania. All of the graphics are based on the original version, but are hand made by myself. I also added animation that was lacking from the original version (one way pipe sections for instance). For the gameplay and score management, I used this documentation to be as close as possible to the original version. The background musics come from Eric Matyas, and the sound effects from freesound.org.

I used Google Play Games Services to set up 2 leaderboard as well as 20 achievements.

A save system keeps the best score and higher stage the played reached. I've also used the Google Play Games Services Saved Game feature to synchronize the local save and the cloud save, so that player will keep his data across all his devices.

I tried the new Google internal testing channel in order to test my game in live before putting it into production.

It might not seems at first glance, but Pipe Mania Mobile can be confusing for new players, so I added a tutorial within the game.

I used Unity Ads to display either short skippable ad, or unskippable ad, depending of how many boosters the player selected before starting a new game.

I have also used Unity Analytics to keep tracks of a numerous sets of events: game over, stages completed, pipe sections generated and placed, number of booster used... 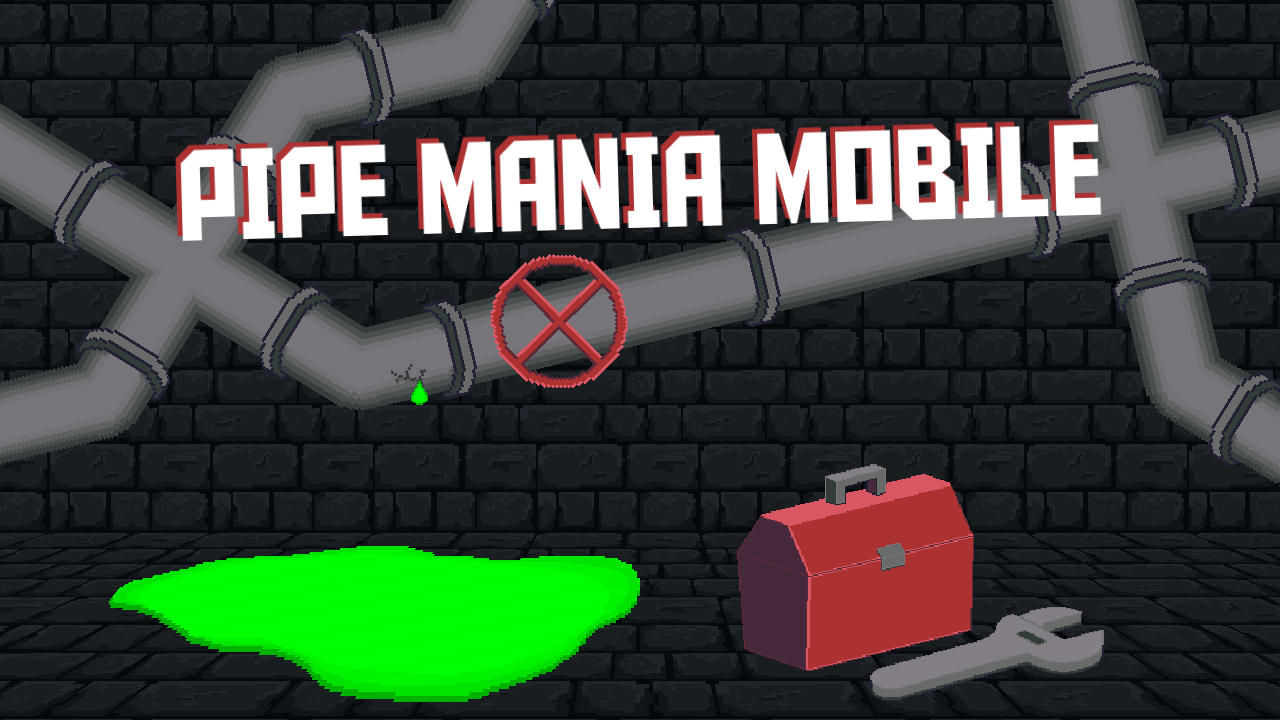 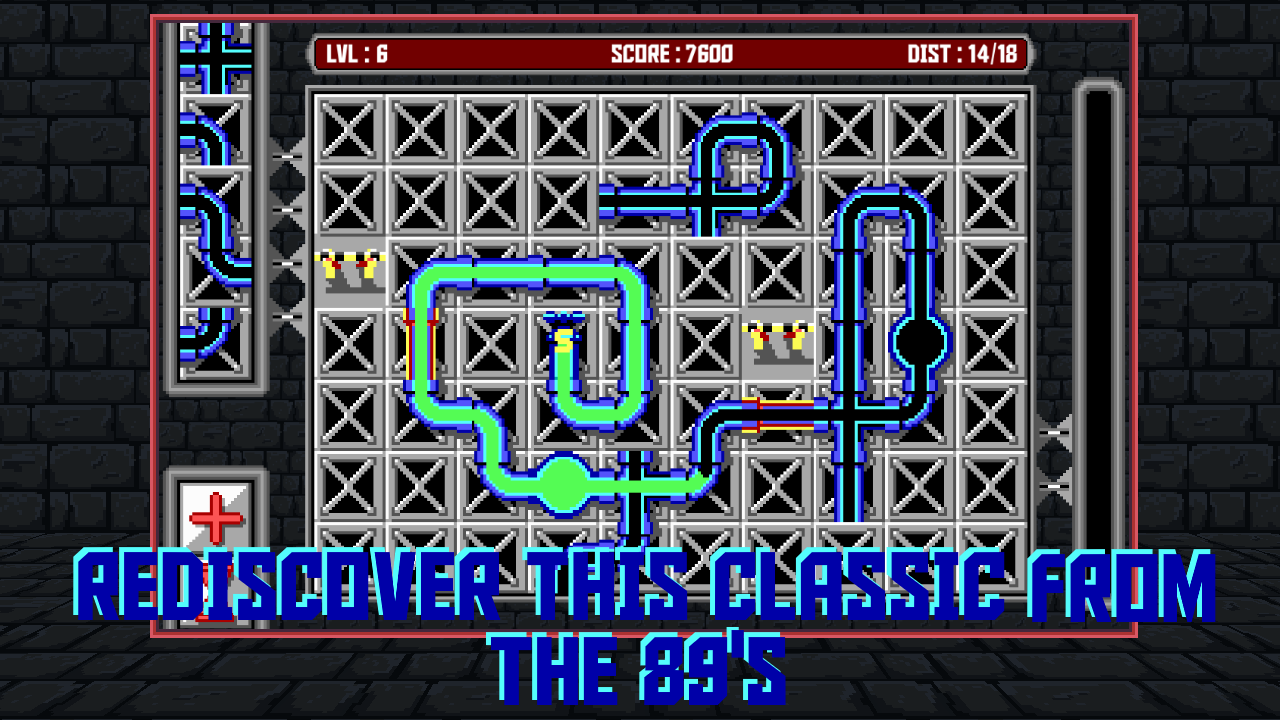 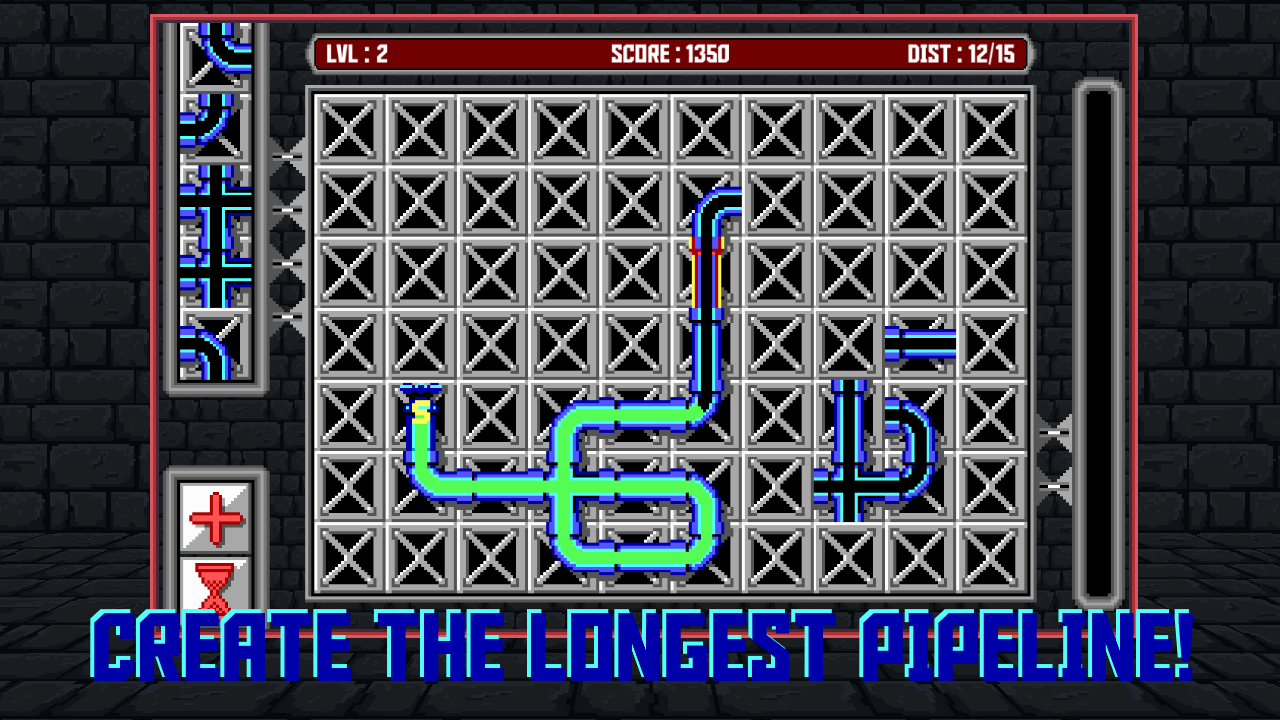 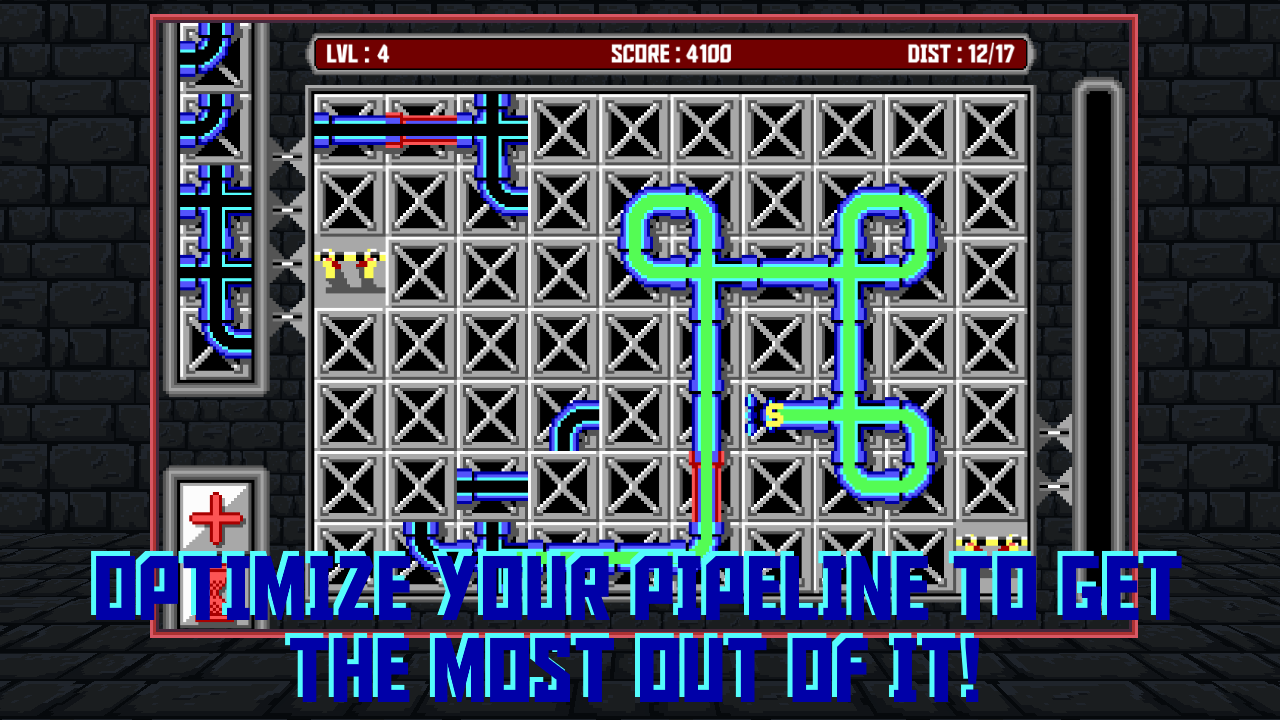 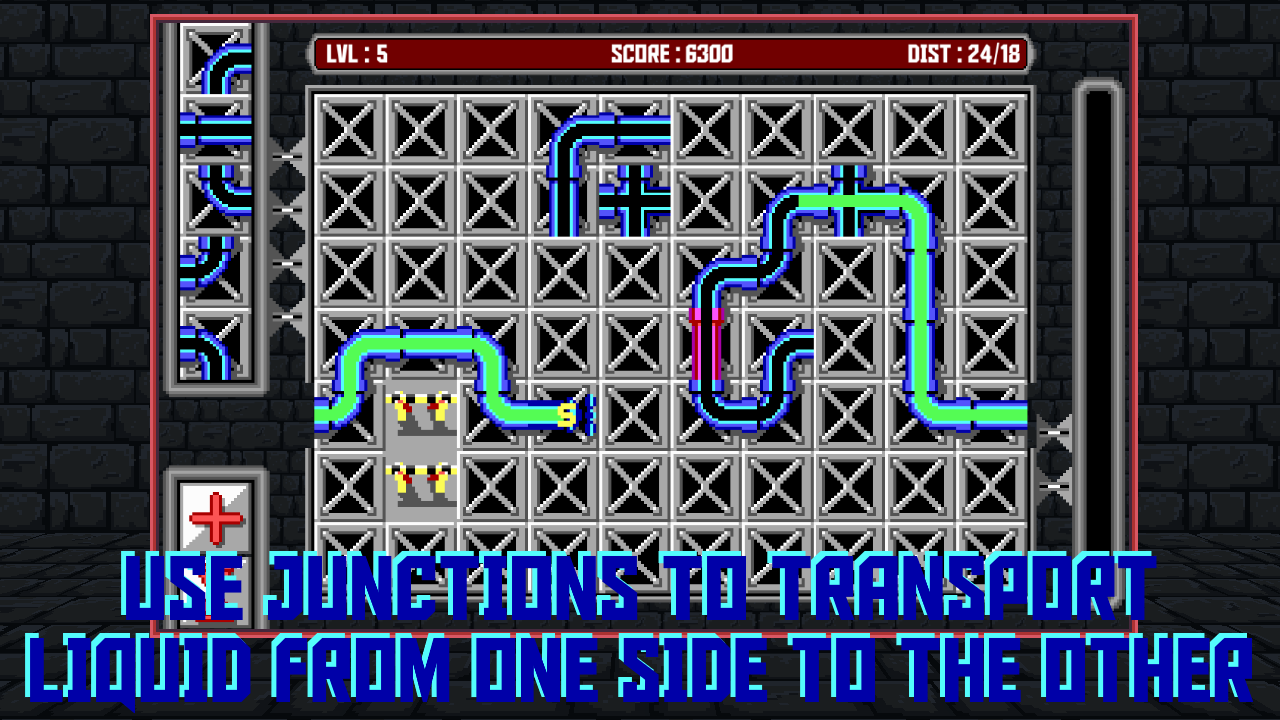 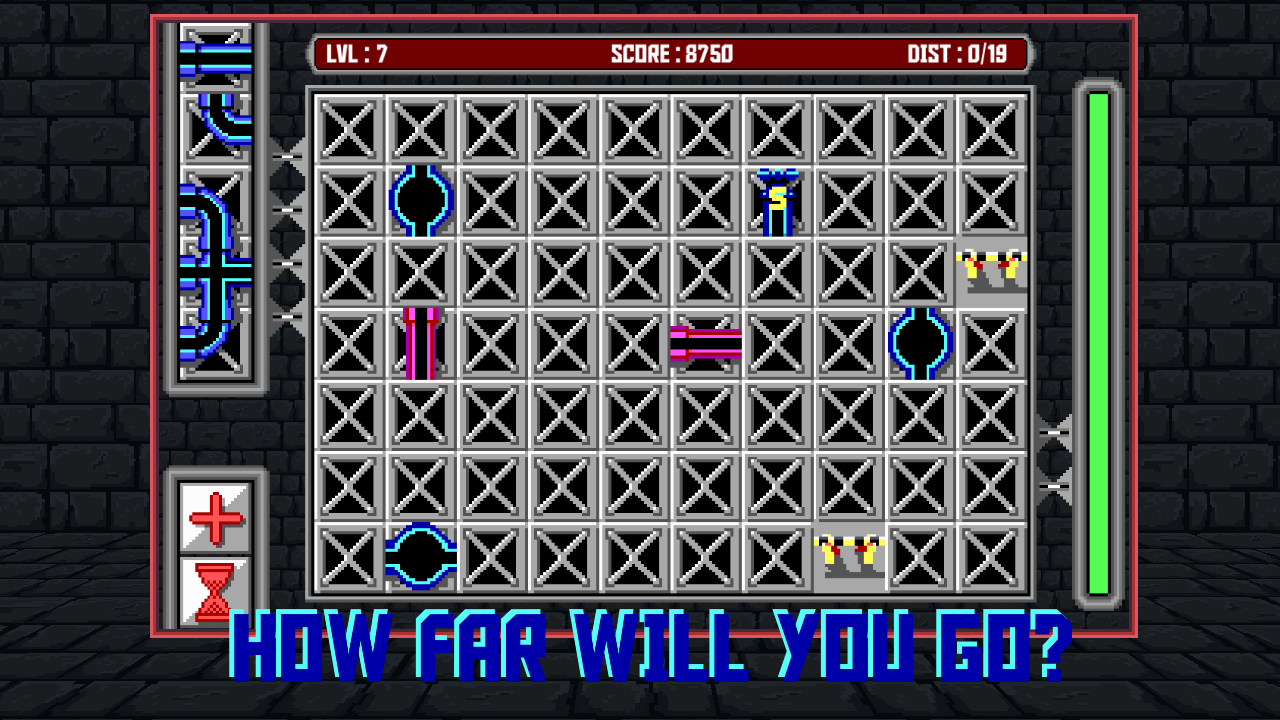